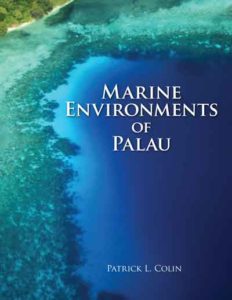 “Marine Environments of Palau” was an attempt to bring together the diverse information published about the many marine habitats of Palau.  To this we added a suite of new information gathered over the years by CRRF, but not yet published.  The book was intended to have broad appeal, with color photos on every page to spark the interest of people who are not engaged in reading.  There is also generalized scientific information detailed through use of scientific names and citations of the technical literature that readers can access if interested in more detail.

The book achieved its goal of being informative and entertaining, as well as an important resource for Palau.

2,000 copies were printed through a grant from the Spanish government, with the provision that at least half the copies be given out gratis, particularly to people in Palau.

We were also allowed to sell the book to help with future printings, and this was done through outlets in Palau, such as the Belau National Museum and various dive shops and tour operators.  At least 75% of the books were given away in Palau.  Also the copies given to many government agencies and other organizations kept disappearing, which we took as a sign of success – we assume that someone took it home to read, look at or show to their families and friends.  We might also add if some groups book(s) disappeared, we gave them new ones.

A new version of the Marine Environments of Palau is in preparation and the volume will be expanded to include nearly 10 years of new information, plus an array of new photographs that show important aspects of Palau’s changing marine environment. We will make supplementary materials available on line when Palau is connected via fiber optic cable to the rest of the world.

As of 2017, less than 100 copies remain. Interested people can buy a used copy via amazon.com or other used booksellers. Because the printing is essentially gone, we are providing a pdf download on this page.

Copyright note:  the book is still copyrighted, please do not use text or photos without permission.

From the Preface to Marine Environments of Palau 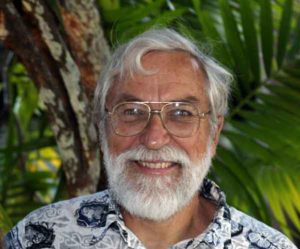 “Marine Environments of Palau” has been nearly seven years in preparation  This work began in 2002 as a brief attempt to document the marine environments of Palau as part of Palau’s National Biodiversity Strategic Action Plan (NBSAP) under the United Nations Convention on Biological Diversity  It was decided that a more extensive treatment would be useful and include information available in both the scientific and popular literature, as well as incorporating what had been learned during ten years of field work by the Coral Reef Research Foundation (CRRF) in Palau.

CRRF, a non-profit organization dedicated to increasing knowledge of tropical marine ecosystems worldwide was formed in 1991 by a group of marine scientists  It has held the U.S. National Cancer Institute’s (NCI) marine collection contract since 1992, facilitating much of this field work  CRRF began marine research in Palau in 1993 and moved its base of operations to Palau in 1995 with completion of a laboratory and field station  The work for the U.S. NCI continued until 2014 and was been the basis for development of the present volume  It is intended that this volume be the first of a series of more detailed treatments of the marine fauna and flora of Palau and nearby regions resulting from the NCI work.

Although I had spent most of my adult life living on and visiting tropical islands as part of my research in tropical marine biology, I had never visited Palau until 1993  I had spent time in a number of the most highly esteemed areas of the world, and anticipated that while beautiful, Palau would simply be another island group in the uppermost tier of tropical marine locations  How wrong I was!   My first morning in Palau, I was treated to an extensive boat trip through the Rock Islands near Koror  Though magical above water, I had never seen anything quite like the lush coral communities along the steep slopes and walls of the inner Rock Islands  The veritable maze of islands and channels with some new vista at every turn was remarkable  The communities on the reef flats around the islands and extensive sea grass beds were equally impressive and a visit to a marine cavern revealed an entirely new fauna to me  Quickly I realized that this was not “just another island” but that the Rock Islands and many other areas of Palau were unique, exceeding any other area I had ever visited in their biological and oceanographic complexity in such a small area  That one could spend many lifetimes of documenting and studying interesting creatures and environments was apparent.

Palau has been the subject of a vast number of articles in popular magazines and books, mostly concerned with sport diving; showcasing sharks, turtles and other “charismatic megafauna”, as well as impressive walls and caverns  There is a huge gulf between popular attention devoted to the impressive dive sites (much less than 1% of the marine areas of Palau) and the vastly larger and in many ways more fascinating remainder of the marine environments  While “Blue Corner” may be regarded as the “best dive site in the Pacific,” the areas that Palauans use on a daily basis as a source of food are poorly known by the outside world  In some respects, these large areas lack the dramatic appeal of the major dive sites, but are the critical areas for biodiversity conservation and fishery management  Even the most mundane area just off the shore of islands around Koror can hold fascinating creatures that are going about their lives as they have for millions of years.

As a foreigner in Palau, it is apparent that there are many aspects of the marine environments here, particularly those concerned with the cultural relationship between humans and their resources, that I will never be privileged to understand.  Without growing up within the culture using the resources, with all the subtleties of language and interactions among resources users, it is nearly impossible for an outsider to totally comprehend the meaning of it all.  Future work on these aspects of Palau’s marine environment needs to be left to the growing cohort of young Palauan biologists to document and analyze for future generations.  In this volume I have used “Palau” for the name of this island group, the English equivalent of “Belau” in the Palauan language.  Palau is the name by which the country is known in the international community, within the United Nations and in the vast majority of published literature in English, so is used here.

This work is dedicated to two true Palauan men who have been instrumental in increasing knowledge of Palau’s marine environment  Ngiratkel Etpison, former President of Palau and founding Chairman of the NECO group, grew up during the Japanese administration of Palau and after WWII started one of the largest commercial companies in Palau  The development of this business infrastructure facilitated PalauΓÇÖs development of tourism and other sources of economic support while retaining its innate natural resources and beauty  He was critical in the establishment of CRRF’s research facility in Palau and was a strong supporter until his death in 1997  His son, Mr. Shallum Etpison, has continued this tradition and has been an ardent supporter of increasing cultural and scientific knowledge of Palau on many fronts  Many of his efforts in this regard are not widely known to the general public, but his enthusiasm and passion for all things Palauan runs deep and true.