Home > Our Team > About Palau

The Republic of Palau is located in the western Pacific Ocean. It is the westernmost archipelago in the Caroline Island chain. The main island group has one relatively large volcanic island (Babeldaob) and a group of smaller coral reef associated islands centered at about 7°N and 134°E; all stand on a single shallow platform with a large lagoon. In addition, the main archipelago includes two atolls (Kayangel and Ngeruangel) and one oceanic island (Angaur). Palau also includes five small oceanic islands and one coral atoll, Helen Reef, 300-500 km to the southwest, referred to as the Southwest Islands (Sonsorol and Hatohobei states) which are relatively inaccessible.

Palau is just northeast of the area called the Coral Triangle. The Coral Triangle has the highest diversity of shallow-water marine species in the world. Palau is separated from the Coral Triangle by open water barriers of several hundred kilometers, which limit the exchange of marine species between these areas. As a result, Palau’s roster of species is a subset of species found inside the Coral Triangle. It has less species richness. Those species or groups that occur in the Coral Triangle, but are not found in Palau, provide insight both into the oceanographic dispersal of larvae and adults and into the geologic history of the region. Relatively few marine endemic species are known from Palau at this time. The open water barriers surrounding Palau, while hundreds of kilometers in extent, apparently allow enough genetic interchange to prevent formation of endemic marine species within Palau. For most species, the genetic connection would presumably be sustained through dispersal of planktonic larvae.

The geological complexity of Palau supports a broad assortment of marine communities, inhabited by the diverse species mentioned above. With perhaps the exception of underwater volcanic lava and black sand slopes, Palau has nearly every shallow water marine habitat found within the Coral Triangle. The somewhat reduced species diversity of Palau (as compared to the Coral Triangle) is probably due to its isolation rather than to a lack of suitable habitats for marine species. 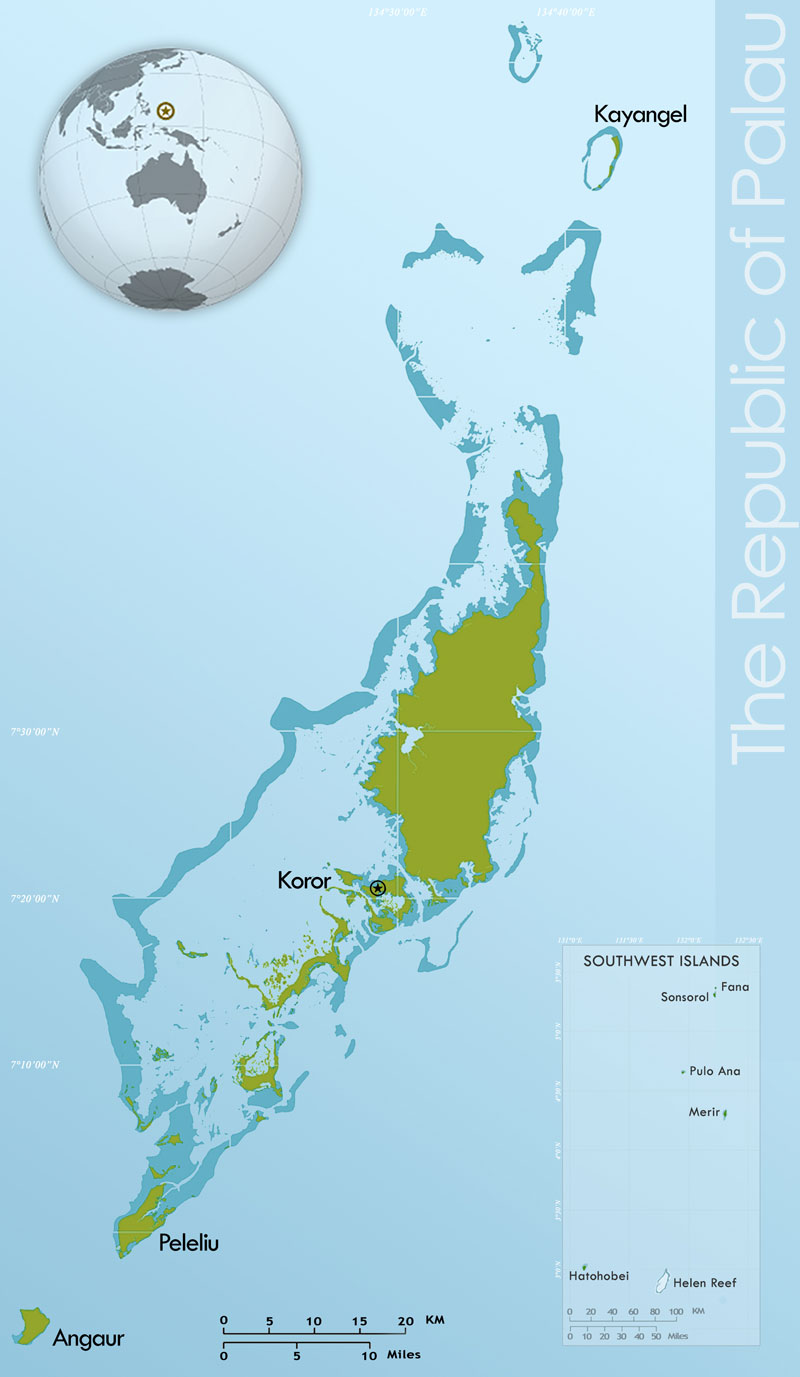 Previously part of the Trust Territories of the Pacific Islands, Palau became an independent nation in 1994. Koror is the main population center, just across the bridge from Babeldaob where the international airport (ROR) is located. It is a small developing country with good postal, courier and phone connections to the outside world. Internet is still slow and costly, but a fiber optic cable should be in use in 2018. General amenities are available; many specialized items are not. Medical care is fair with a hospital and several private medical clinics. Hospitals in Manila and Taiwan are used for emergencies. The hospital has a diving recompression chamber. Palau has no specific vaccination requirements. Citizens of most countries can enter Palau without a visa for a period of 3 months maximum; US citizens (not green card holders) can stay for one year but may not be employed with visitor status. 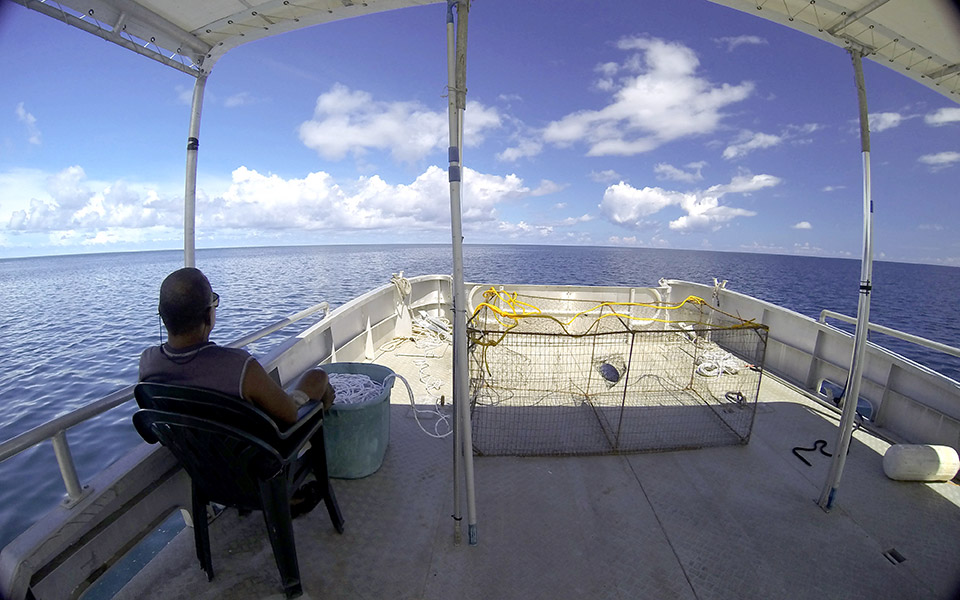