In Memory of Emilio Basilius

Home > Our Team > In Memory of Emilio Basilius 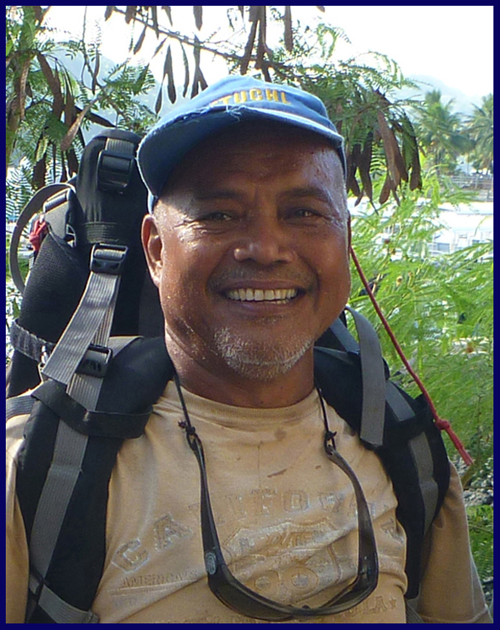 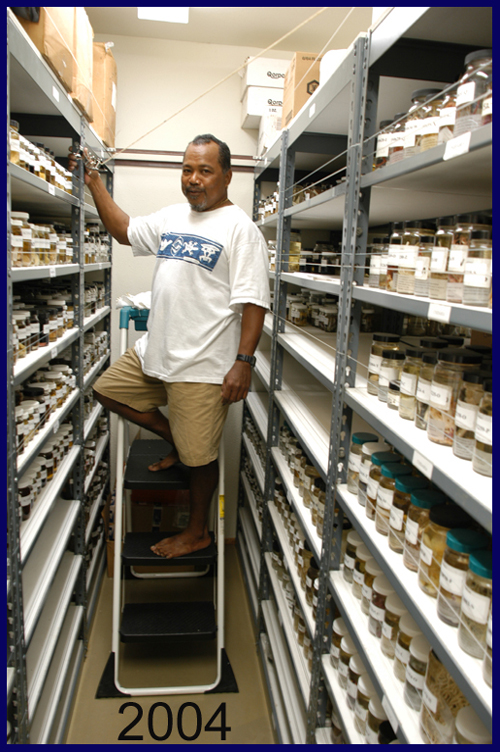 Emilio Basilius, long-time research assistant and boatman at the Coral Reef Research Foundation (CRRF), passed away on Thursday, 2 May 2019, after a sudden illness.  He had spent 25 years working daily with the staff and visiting researchers at CRRF and was one of the first two employees of CRRF.

His true passion was the work on the marine lakes of Palau, particularly the environmental jewel of Jellyfish Lake, Ongeim’l Tketau, and he was the lake’s most passionate ambassador.  Emilio was the linchpin in the monthly sampling that was started in 1999 and has continued to this day, and his enthusiasm for doing surveys in the marine lakes was well known.  Since 1994, Mr. Basilius visited more of Palau’s marine lakes and spent more time in them than anyone else.  He helped document the disappearance and recovery of the Golden jellyfish twice, in 1999 and 2016, and was instrumental in documenting Jellyfish Lake’s enigmatic Moon jellyfish that have recently returned.  This May will be the first monthly marine lake sampling without Emilio, ever.

As part of the marine lakes team, Emilio was our navigator, leading the way into the marine lakes, full of energy but also with a look out for crocodiles on the trail, and complaints of the noisy yakochang. He was our weatherman, always talking about and predicting the weather for our field days. He was our protector, as he made us feel safe because he was fearless, not worried about the crocodiles that sometimes surprised us in the lakes. And he helped keep Jellyfish Lake clean- collecting masks and snorkels dropped by tourists and random trash near the dock or floating around the lake. He worked tirelessly, but also took time to sit in the lakes to observe and enjoy his surroundings.

Emilio was also fully engaged in CRRF’s previous program to collect marine invertebrates and algae for the US National Cancer Institute (NCI) from 1993 to 2014.  He was a skilled diver with a great eye for different organisms that were then collected as samples for anti-cancer drug screening by the NCI.  He engaged in field work for the program throughout Palau, from Kayangel in the north to Helen Reef and Tobi in the southern-most extremes.  He also participated in research expeditions to Ulithi, Guam and Kosrae.  Emilio also managed the CRRF specimen collection, now at the California Academy of Sciences, for over 20 years, dispensing voucher specimens for specialist taxonomists and keeping bottles clean, full of preservative and in numerical order.

Emilio was known for his friendly, outgoing and helpful attitude with which he engaged everyone around him, including his co-workers and visiting scientists at CRRF. He was a fixture at King’s MiniMart each morning before heading to work across the street, and was well known to his surrounding community that also loved and knew him.  Emilio was steadfast and joyful. He had a presence about him that is difficult to articulate; he would do anything for you, and he did.  “I got it,” he’d say.  He was always up for any job, from recording data to collecting recycle, running errands or working in the hot sweaty warehouse.  And he was up for any adventure- Pat Colin and Emilio went to Tobi and Helen Reef in the SW islands on a Tobi state trip on the M/V Ryoma in 2014 to survey the islands for erosion and deploy water temperature measuring instruments at all the islands.

Emilio had a great love of going out to sea in boats, typically taking station standing near the bow hanging on with the bow line as the boat pitched through the waves.  Breaking waves and rain hardly deterred him from his station.  Emilio will be sorely missed by all of us at CRRF, as we continue on our journey in life and work without him holding the rope at the bow of our boat.  We miss him every day.