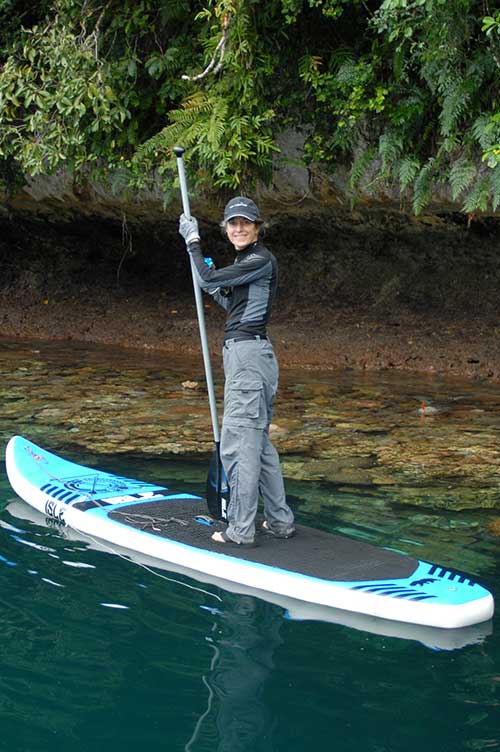 Lori has a passion for tropical sponges (see Splendid Sponges of Palau) and their ecology, a spin-off of running the National Cancer Institute (NCI) collections program for 22 years.  She has worked with a myriad of invertebrate taxonomists on various projects, but was originally a fish biologist which is how she met Pat.  Lori’s foray into the ocean started at Miyake-jima, Japan and her introduction to the tropics at the Ogawawara (Bonin) Islands during high school.  She has worked in the tropical Pacific since 1981 when she went to Enewetak in the Marshall Islands, then farmed giant clams in Papua New Guinea and studied the reproduction of the West Indian Topshell for her masters, during a brief hiatus in the Bahamas.  The NCI work took her and Pat back to the Pacific in 1992 and they have been there ever since.  3.5 years in Chuuk, FSM, where the NCI project was originally based, was a character-building experience for Lori and a good reference point for work in the 30+ other islands and countries she has worked in over her career.  Running the CRRF lab in Palau has been rewarding in both learning about the many fascinating, unique and easily-accessible marine environments in Palau, but also learning about them with the Palauan scientists at CRRF.